There is love, there is piquancy. There is a depth and an authenticity. And mystery. All of this resonates in the broad scope of Rislane El Harat’s voice. The accomplished Swiss-Moroccan vocalist, born in Geneva in 1988, is currently beginning a new chapter of her musical autobiography with her first band of her own: Rislane and The Lovers. “The Lovers” refers not only to her band, but to her audience as well – all those of us who go through life as lovers.

Rislane began singing at the age of 12 in a band with her schoolmates, and at 14 she was writing her own songs. Throughout her career she has shared the stage with many regional and international vocalists in the jazz, pop and rock genres. She appeared in several successful productions, including Tribute to The Beatles: The White Album (Swiss Entertainment Award Prix Walo 2018) at the Rigiblick Theatre in Zurich. Rislane has performed for an American cruise line touring Asia and Australia, appeared with the British band The Dustaphonics on their European tour, and fronted for the collective soul and funk band Soulmaniacs, with which she made a living from street music.

With “Rislane and The Lovers” begins a new chapter in her musical odyssey. The upcoming debut album NEWLAND was recorded at the legendary Powerplay Studios with Cyrill Camenzind and Massimo Buonanno at the controls, and features ten songs on love and life, written in collaboration with phenomenal songwriters like Patrick Wieland (Max Herre, Fanta 4). Rislane poured her full being, not to mention her last funds, into the making of this album. It was finally in the can! The release party was scheduled, with 20 guest musicians invited. It was happening!

But then everything changed suddenly, and the party was cancelled: during the COVID-19 lockdown, in-person activities and singing were subject to drastic restrictions. For Rislane, music has always been about much more than the spectacle of performing. It is also communion with other people. So she decided to present her then-unreleased album NEWLAND to the world silently. As the soundtrack of an event without words, with the vocalist as an object of display, communicating through eye contact alone and surrounded by photos, plans and stage equipment. The performance, titled “Muted”, symbolised the silencing to which musicians felt subjected during the COVID-19 pandemic lockdown.

The event, along with her two singles “How Can I Succeed” and “Gambling Night” which were released in parallel, grabbed the attention of Swiss radio and other media. Her singles have also been played by radio stations in Morocco, Italy and the UK.

And now, Rislane is sending her brand of rock & soul out into the world with the official release of her debut album NEWLAND, with a first-rate band and a voice that cuts straight to the heart. Her songs contain a wisp of nostalgia, reinventing the unmistakable sounds of the 1960s and 70s.

The band consists of keyboards, guitar, bass and drums, as well as a powerful brass section that will be brought along for festival performances. For more intimate crowds, the songs are rearranged for a smaller ensemble, with solo trumpet and guitar licks standing in for the brass parts. And Rislane’s beguiling vocals above it all.

“The music chose me, I’m addicted to it,”

says Rislane. Something that permeates every Rislane and The Lovers song. This music is love. 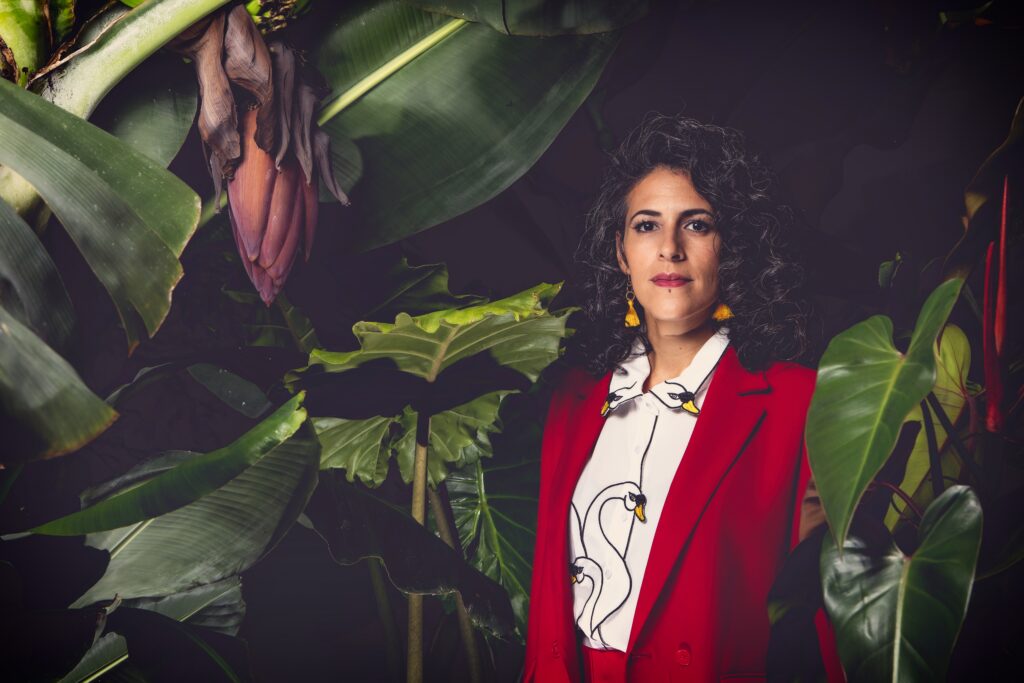